After completing training as an electronic engineer in Adelaide in 1980, Doug Adamson travelled overseas where his first proper business in the UK involved producing radio programmes and interviewing rock stars such as the Rolling Stones, Paul McCartney, Talking Heads, Sting, and Pink Floyd.

Doug enjoyed founding, growing, managing and selling several businesses in the UK, Europe and SE Asia in media, distribution, and content and then relocated back to Australia in 1995. The web beckoned in 1998, and Doug grew a web software company in Sydney from 4 to 25 people in 3 years (Business Review Weekly Fast 100 in 2001).

After some time in Melbourne running a software and services business that had acquired his previous web software operation, Doug returned to Adelaide in 2003 and saw life from the other side, spending the best part of six years as an Investment Manager at a seed/early stage technology investment fund.

He co-founded an agricultural consulting business that delivered specialised training to over 120 farmers in SA, Vic, and NSW from 2008 – 2010. He has also co-founded businesses in data analytics, loyalty programs and consulted to dozens of SME’s, acquired a boutique tourism business, and made several angel investments (not all of them successful!).

Besides qualifications in electronic engineering, finance, and venture capital, Doug is also a Graduate Member of the Australian Institute of Company Directors. 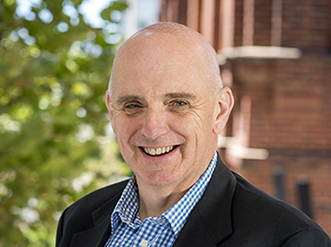