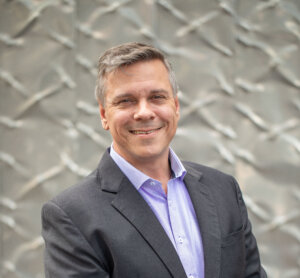 The University of South Australia has appointed international business executive, strategist and entrepreneur Ryan Williams as its inaugural Playford Chair of Business Growth.

The new position is part of UniSA’s Australian Centre for Business Growth – which helps business owners, CEOs and executives grow their companies and compete in the global marketplace.

South Australian companies attending AUCBG programs have added almost 2200 jobs to the State’s economy since the Centre’s founding in 2014.

“Ryan has considerable experience in executive roles in different kinds of companies, and valuable skills in strategy and marketing,” Prof Hughes-Warrington says.

“His international experience will be valuable to AUCBG and to the Australian companies going through the Centre’s growth programs who need help strengthening their position in Australia and around the world.”

Minister for Innovation and Skills David Pisoni says the establishment of the new Playford Chair of Business Growth underlines the State Government’s commitment to the AUCBG.

“We are delighted with UniSA’s selection of Ryan Williams as the inaugural Playford Chair,” Minister Pisoni says. “The Marshall Government is providing four more years of funding for the Centre’s programs, so it can teach more South Australian companies to grow.”

A background in business growth

Williams has two decades of experience in business growth, scaling companies, and managing change across a broad spectrum of start-ups, small and medium companies, and large corporate enterprises. He was CEO of Nota Bene, an award-winning strategy and marketing consultancy, later sold to global company WPP.

Williams was listed as one of South Africa’s Top 40 under 40 media personalities and recognised as the media industry’s Innovator of the Year in 2011. In 2012, he turned around the business-to-business sales arm of Ster-Kinekor Theatres, achieving a significant increase in profitability.

In 2015, he became CEO of Primedia Unlimited where he helped companies in their startup incubator achieve growth as well as increasing revenues by more than 10% at a Group level before returning to Ster-Kinekor Theatres as CEO, where he and his team delivered a 150% growth in profit.

Williams says he is thrilled to be joining the Australian Centre for Business Growth “because it brings positive change to the world by teaching business leaders and their executive teams how to grow their companies”.

“Since its founding in 2014, Australian companies who have attended AUCBG programs have generated $15.7B in revenue and $1.1B in profits for the Australian economy,” Williams says.

“I look forward to continuing to build on the success of the Centre, together with its great team and world-renowned expert and business growth guru Dr Jana Matthews.”

ANZ Chair in Business Growth and Director of AUCBG Dr Jana Matthews has welcomed Williams to the Centre.

“Ryan Williams’ diverse experience in strategy, marketing and sales, in starting, growing and exiting companies, private equity, and negotiating with international companies will be a tremendous asset to the Centre and the business owners, CEOs, MDs and their teams who come to our programs,” Dr Matthews says.

“But equally important is the alignment between his personal values and beliefs and the Centre’s mission, values and vision, and its philosophy of business growth.

“I am delighted with his appointment and look forward to working with him to accelerate the growth of the Centre.”

About the Australian Centre for Business Growth

Established in June 2014, the Australian Centre for Business Growth (AUCBG) at the University of South Australia, part of UniSA Business, provides business owners, CEOs/MDs and executives of small and medium companies (enterprises with 5-199 employees) with the knowledge and skills they need to develop as leaders, accelerate company growth, and compete in a global marketplace. The Centre’s programs were designed, developed, and are delivered, by Growth Experts who have started, grown, and exited companies and understand the process of company growth. The programs use diagnostics, expert presentations, facilitated group discussions, peer-to-peer learning, and action planning to enable CEOs and their executive teams to learn how to lead, manage, and accelerate company growth. To date over 1,250 companies have gone through at least one program offered by the Centre and thousands more have attended webinars and workshops.