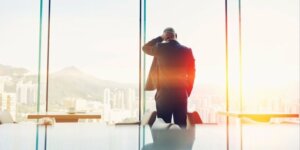 A checklist for CEOs and managers who want to know the reasons companies fail and lead their companies to breakthrough growth.

They say success has many fathers, but failure has only one mother. That’s certainly not true for companies. There are many reasons companies fail, in addition to the inexperience of the founder.

If we can understand the reasons companies fail, we can help more leaders learn what to do, when, why and in what order—and how to make the right choices for their companies. However, data on company failures is hard to come by.

The Australian Centre for Business Growth has asked hundreds of CEOs if they have experienced a major business failure in its Growth Tracker Survey. Nearly one in four (24 per cent) say they have. The CEOs provided 253 reasons their former companies failed. The top five reasons, in order of priority, account for 70 per cent of the reasons their companies failed.

A surprising number of CEOs said they did not do enough market research, know enough about the size of the market, or understand the markets they were trying to sell into. They didn’t do enough market validation of their product or service. They didn’t get the product-market fit right before they spent a lot of money on marketing. Consequently, they found themselves in markets that were too small and were surprised by market dynamics. They didn’t know enough to emphasize their differentiation. They positioned their products in the wrong space compared to competitors, and discovered too late there was little or no demand for their product or service.

Their sales skills were also inadequate. They did not know how to build a prospect base. Consequently, they could not find enough customers who valued the product/service and were willing to pay for it. The sales cycle was too long, the sales efforts were unfocused, the sales force was not committed, and they didn’t use metrics to measure performance and provide feedback.

CEOs’ lack of financial know-how and lack of capital for growth were among financially related reasons for failure. Many CEOs admitted they simply lacked the necessary financial knowledge to run a company. They had inadequate financial controls in the business and a few noted that funds had been embezzled. Others noted they had agreed to overly optimistic financial projections, had incorrect cost models, and had high overheads. Some had not increased prices to offset the rising costs of supplies, and others had failed to anticipate the impact of rapid growth on the company’s cash flow.

A second set of problems had to do with finding the capital to grow. Consistent undercapitalization, inability to get external funding for growth, too much dependence on a single client, not being able to generate enough profit to fund growth. Poor management of a project, that could have opened doors to strategic partners, were all problems inhibiting the company’s ability to get the funds required to grow.

Externalities are events or decisions over which the CEO has no control that can seriously impact the company. Droughts, cyclones, fires, floods, market crashes, changes in tax regulation, unexpected default on payments, changes in corporate customers’ procurement policies, fluctuations in the exchange rate. A typical CEO has little control of these kinds of events. But CEOs of growing companies need to acknowledge the risks to their business. This is because these externalities can turn into nightmares when a CEO is trying to scale a company. So, in addition to developing plans, CEOs need to think through risk mitigation strategies to increase the probability that they will be able to successfully execute their growth plans.

Leadership is about making sure the company focuses on the right things, such as goals, markets, customers, products and plans. Management is making sure those things are done right.

Many of the CEOs acknowledged their lack of leadership, lack of focus and vision, and poor communication skills. They tried to run the business by themselves, didn’t understand what was happening, or how to prepare for the next step. They lacked professional knowledge about how to lead and manage a growth company. Some commented that they did not hold their GM or BDM accountable. Others acknowledged they didn’t know enough about the day-to-day management of the company and made errors of execution.

Some eventually ran out of energy and lost interest. They realised that the definition of insanity was doing the same thing over and over and expecting different results.

Lack of planning and execution

Many CEOs didn’t understand that setting the company’s direction was their No.1 job, but acknowledged that inadequate planning and poor execution had led to failure. Few had developed a well-articulated mission, a defined a set of values or a three-year vision. Even fewer took the time to develop written plans, to think ahead, prepare for growth opportunities, or calculate the risks associated with business expansion. Those who managed to develop a plan, often did not followed or execute it. Successful CEOs and their managers understand the need to identify goals in measurable terms, provide the resources needed, then delegate and hold individuals and divisions accountable for achieving those goals.

CEOs also mentioned other contributors to failure. Such as poor governance or partner issues regarding different levels of effort and passion for the business. Or problems with product, the wrong strategy, wrong people, or the absence of systems and processes within the business.

They say that fortune favours the brave. But when it comes to business, the best leaders, who know the reasons companies fail, also know it takes more than luck to avoid failure.

Like this article about the reasons companies fail? Try reading How to win more customers for your product