Ry.com.au – “We would highly recommend the Clinic and the Growth Modules. Thanks to the lessons we learned, we were able to make informed decisions about the future of our business, and to put the systems and processes in place that enabled us to make a very successful exit.”

From rapid growth to successful exit, how two Queensland based founders built and sold Australia’s leading online beauty retailer: Ry.com.au. Here’s how they did it.

Ry.com.au was established on the sunny Gold Coast in 2005 by salon owner James Patten and his business partner Brad Carr. Offering over 250 premium brands, the site grew to become one of Australia’s largest online beauty retailers. Ry.com.au was accepted into the ANZ Business Growth Program in September 2015, learned how to scale the business and 18 months later culminated in a highly successful trade sale to British beauty, health and technology giant The Hut Group in August 2017.

Following seven years of growth, Ry.com.au really took off in 2012 as more Australian consumers started to purchase goods online and rapidly became a major player in the online beauty space. However, by 2015, James and Brad had hit a ceiling. They had reached the limit of what they knew as entrepreneurs, and weren’t sure what was the best way forward. They were also running into problems hiring the people they needed. There were not a lot of people on the Gold Coast with the IT skills they needed, and the people they managed to hire didn’t stay with them. Hiring staff and retaining them had become a major issue.

“We needed more clarity about what to do next. We were micromanaging everything, and we didn’t have a clear plan in place”

To help get the business onto the path it needed to achieve its full potential, Brad first went to the Growth Clinic via the ANZ Business Growth Program, then Brad and James and their Operations Manager continued on in the intensive Growth Modules.

During the Growth Modules, Brad and James identified what they were doing right, what they needed to change, and began making several critical improvements.

They identified what was wrong with their hiring practices, their culture and why they were losing employees. They formulated a plan and defined a set of growth goals for their organisation.

They also had to take a step back and recognise that they had been running the business in startup mode even though they were now an established company. Startup founders often get used to doing everything themselves, tend to micromanage people and want them to do things their way.

James and Brad needed to clarify their roles and responsibilities, agree on their strengths and weaknesses, decide who would be the CEO, and understand they needed to become leaders running the business, rather than employees working in the business. This was not an easy transition because they were used to being very “hands on”. But after each module they went back and implemented what they had learned: created a structure, formed an executive team, and defined roles and responsibilities, worked on their culture, got better at hiring the right people, and wrote a three year business plan. 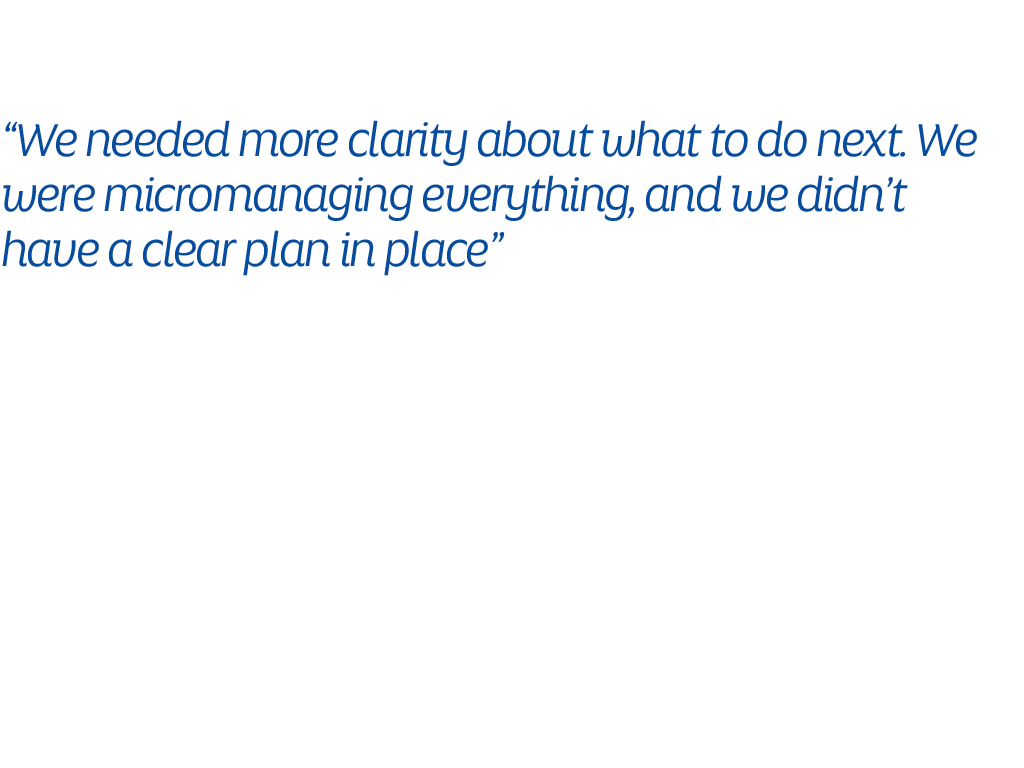 Ry.com.au’s team responded positively to all the changes. It turned out that the staff were crying out for direction and leadership. Several staff members “really stepped up” and there was a big improvement to company morale.

James and Brad also learnt how to better communicate goals and expectations, in order to get everyone travelling in the same direction.

The new business structure and clarity around who was responsible for what enabled better and faster decision making and they began making decisions based on their long-term plan. The changes did more than allow Ry.com.au to rediscover its growth trajectory. The new approach and management discipline made them a more valuable acquisition.

In August, 2017, James and Brad made the decision to accept an offer from The Hut Group, the UK based eCommerce giant. The sale allowed Ry.com.au to move to the next level as part of a leading global organisation, whilst safeguarding employment for the team and enabling James and Brad to reap the rewards of their hard work, and embark upon their next journey.

Today, James and Brad are happy to give back, and are sharing their expertise and experience with other CEOs as Growth Experts at The Australian Centre for Business Growth.

“We would highly recommend the Growth Clinic and the Growth Modules. Thanks to the lessons we learned, we were able to make informed decisions about the future of our business, and to put the systems and processes in place that enabled us to make a very successful exit.”