Jenny Morel founded No 8 Ventures Management in 1999. For No 8 Ventures, Jenny was a director of the Martin Aircraft Company – producer of the Martin Jetpack, Rex Bionics – building a robotic exoskeleton to enable wheelchair users to walk, ikeGPS – “measure anything anywhere” using offset GPS and photogrammetry and Open Cloud – a telecommunications service deployment platform, and a number of other companies.

Before No 8 Ventures, Jenny founded a boutique investment bank that worked with technology companies. She also had a number of large company directorships such as NZ Rail, CentrePort, the Rural Bank, AgResearch, NZTE and Trust Bank and was a member of the National Council of the Institute of Directors in New Zealand.

In 2006, Jenny was made a Companion of the New Zealand Order of Merit for services to business. In 2011 she was given an award at the Hi Tech Awards for her Outstanding Contribution to the Industry. In 2012 she was named a Wellington Icon at the Gold Awards.

Jenny now divides her time between Singapore and New Zealand. 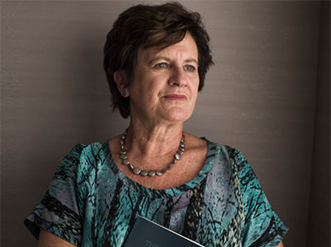